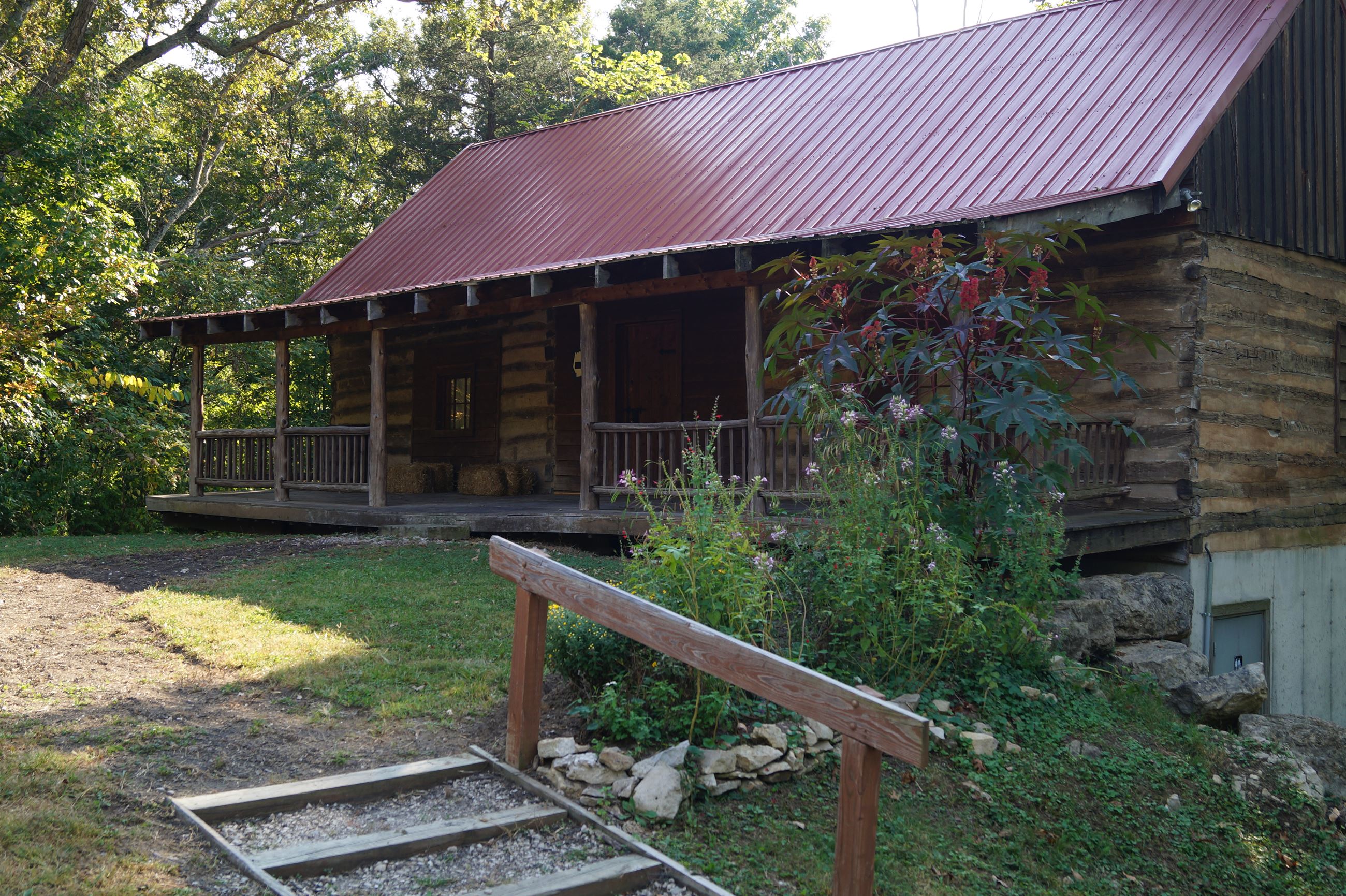 Located on a solid foundation on Byrnes Mill Road in Byrnes Mill Park, the log core of this old (ca. 1871) cabin preserves historical and architectural value for generations now and in the future.

Thanks to the efforts of the Northwest Historical Preservation Society of Jefferson County and the cooperation and generosity of many area individual and organizations, the house was moved to its current site from its original location near Highway MM when that highway, its bridges and infrastructure were improved in 2000. Major restoration efforts are ongoing.

In 1900 Charles Hagemeister reported to the census taker that he immigrated to the United States from Germany with his new wife Frederica in 1872. A date of 1871 is more likely, because his name does not appear in the 1870 Missouri, but he is listed as a property owner in House Springs in 1871.

Early maps and records suggest that Hagemeister built his house about the time he arrived in Jefferson County in 1871.

He and his wife arrived in House Springs before the birth of their 1st child. Charles built a small log house on his newly acquired parcel, and added to it with frame construction as the family grew.

The City of Byrnes Mill along with the Northwest Historic Preservation Society would like to thank a few individuals who took it upon themselves to make improvements to the Hagemeister House.

The cabin, located in Byrnes Mill City Park, was experiencing leaks caused by nails in the structure of the roof.  Over the summer (2017), Eric Huff and Steve Crider voluntarily replaced the nails with over 500 screws and washers after shoring the attic so that the work could be done.

“They donated all of their time so we only had to pay for the materials,” said Rhea Militsch, president of the Northwest Historic and Preservation Society.

Historic Society members, Victor McCrackin and  Terry Harper helped prepare the area for work with trimming the brush and assisting with shoring the attic.

“They also sealed the outside of the cabin along with the porch,” Militsch added.

More work is planned for the future.