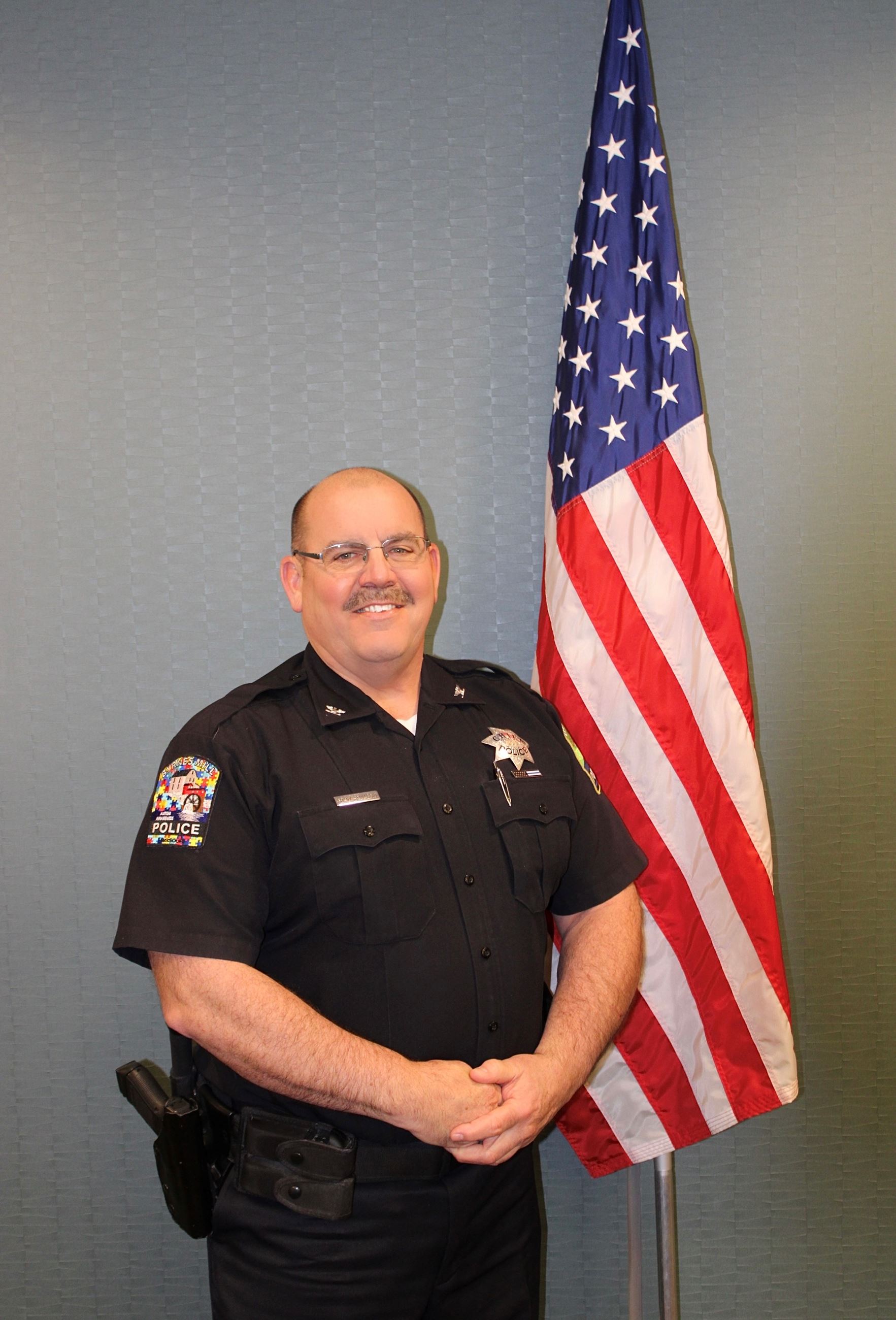 Hi everyone, I was appointed the Chief of Police here on October 25, 2018.  My 40-year career in law enforcement has included over 28 years with the Clayton Police Department and 9 years with the Washington University Police Department.   I have held many ranks including Police Officer, Corporal, Detective, Sergeant, Lieutenant, Bureau Commander, and now Chief.  Some of my most memorable events in this job include being an Investigator for the Greater St. Louis Area Major Case Squad, the on-site Commander for the 2016 Presidential Debate held in St. Louis, attending the FBI National Academy in Quantico, Virginia, and being named the Missouri Police Chief of the Year for 2020 by the Missouri Police Chiefs Association.

My wife, Jan, and I were married in 1986 and have 4 children and 3 grandchildren. She has been a huge supporter of my career, as being the wife of a police officer is not always easy. My 2 goals as Chief are to do everything possible to make this community proud of their police department and to invest in these officers so that they are proud to serve this awesome community.

I am known to the majority of the community as Chief Frank.

Fun Fact: I picked up a box turtle off the road one day which turned into a huge effort by every officer here to do the same thing. Our saving the box turtles has become an annual craze, which even generated a full-page article in the Leader Newspaper. 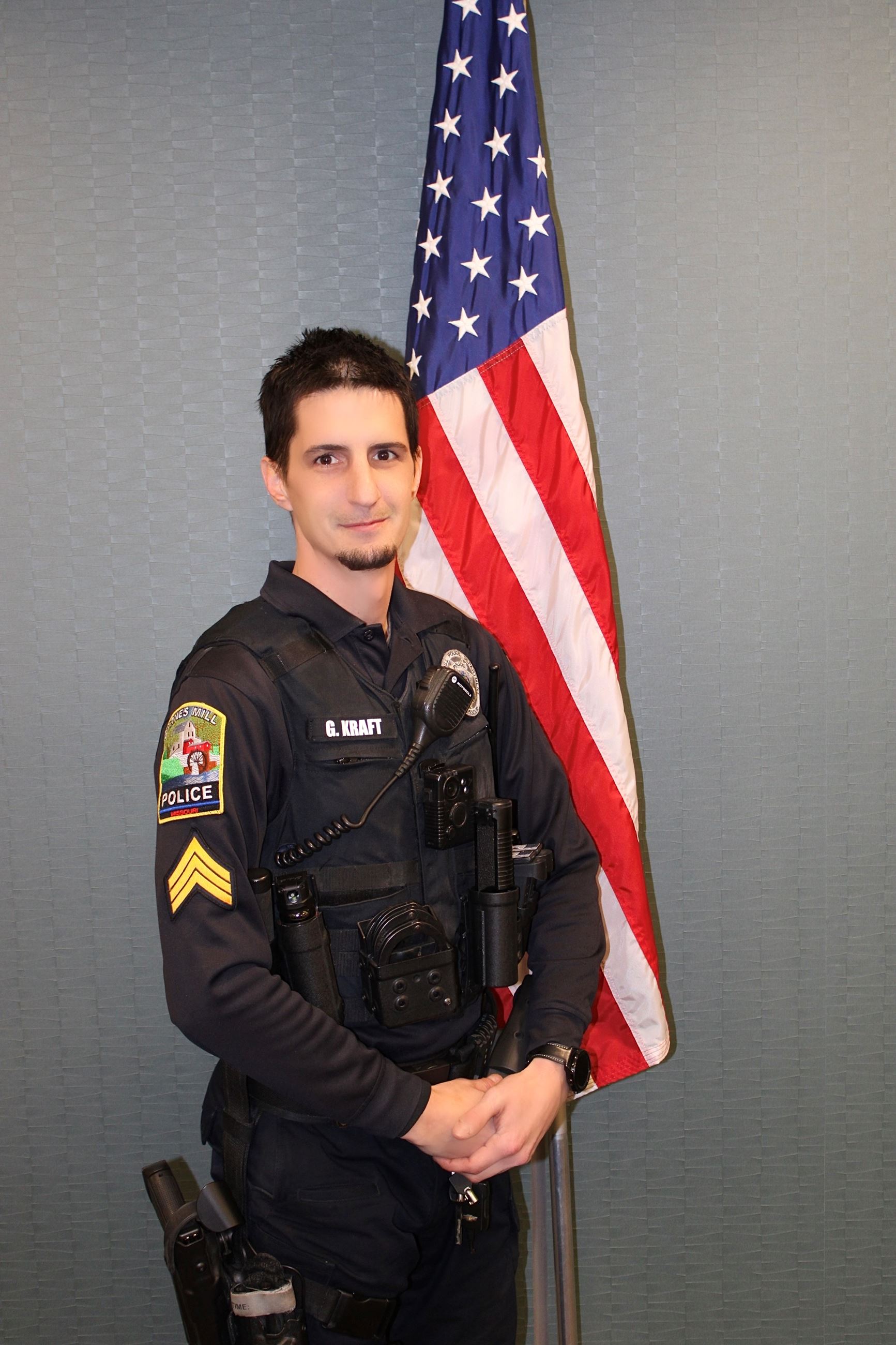 I've been in Law Enforcement for four years and have spent the past three with the Byrnes Mill Police Department. This community is one of a kind and shows great hospitality. I couldn't ask for a better community to serve. A few of the hobbies I enjoy are water skiing, wakeboarding, and playing sand volleyball.

Fun Fact: I have never traveled outside of the country. 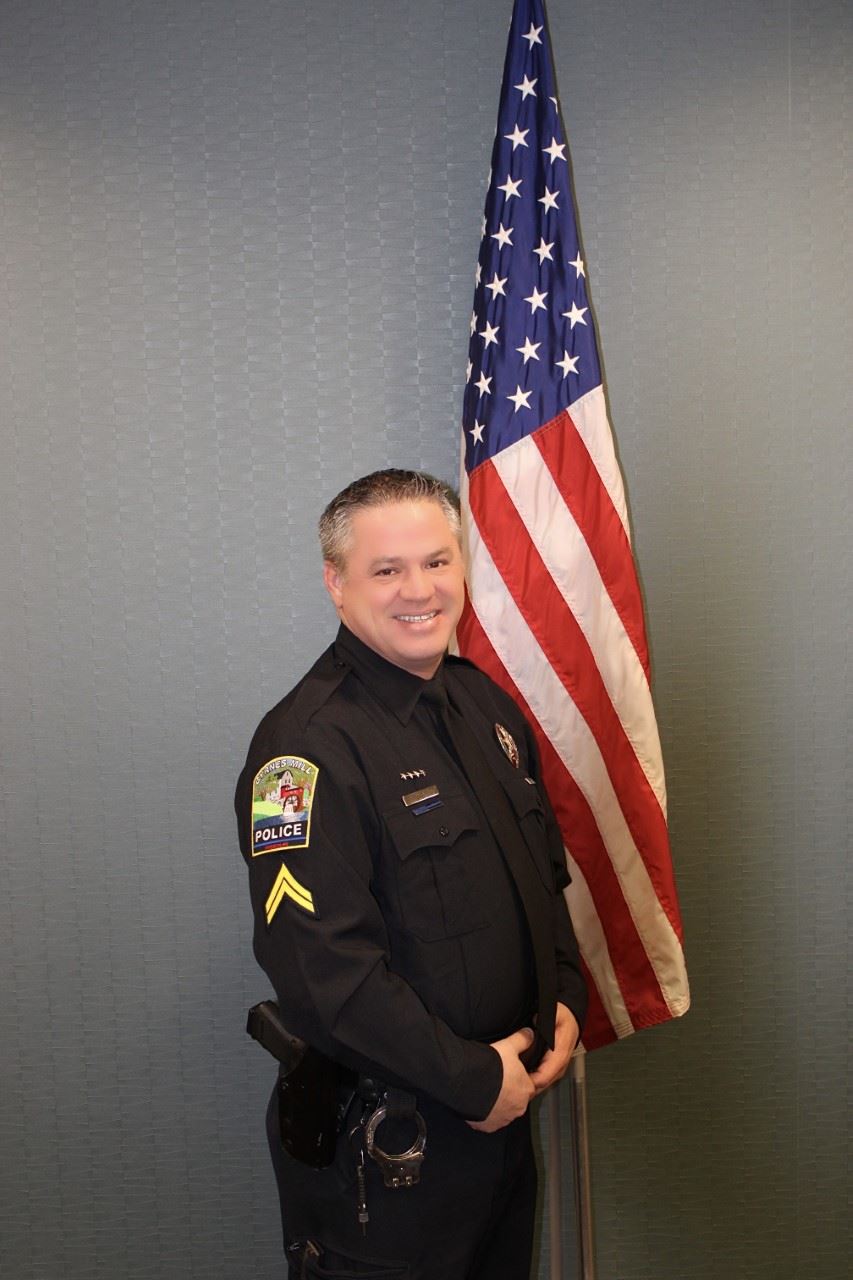 I have served for 20 years as a Police Officer. I have always wanted to be a part of the team that Chief Frank has put together here and am honored that he chose me to help keep the standards high for the community. I am amazed by the support people in this community have for us, it means the world to us all. The love and support we have in Byrnes Mill does not happen every day anywhere else. I want this to be the last chapter in my career and I am glad that I can do it here.

Fun Fact: I am a big dog lover. I have worked with rescues, fostering, and transporting dogs to new homes! 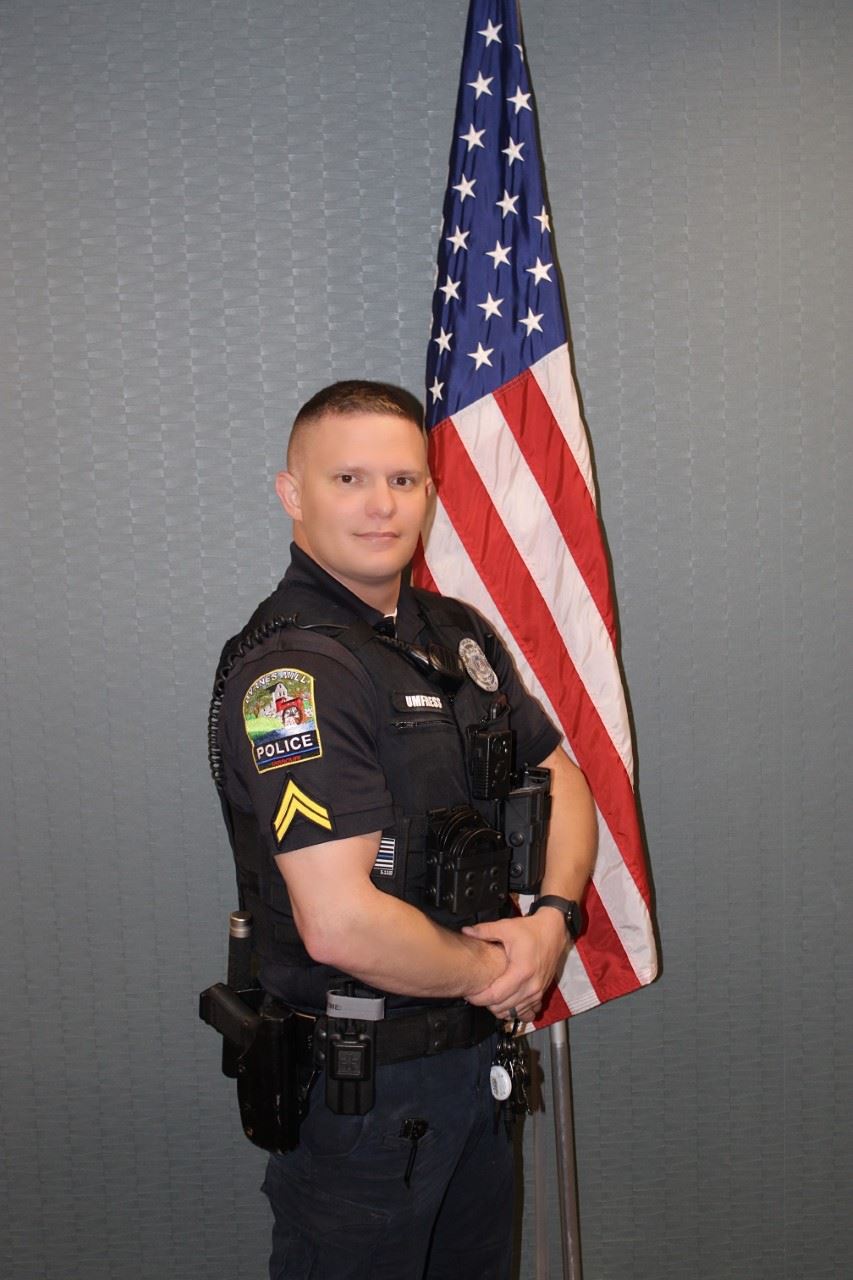 Hi, I'm Cody! I have been a part of the Byrnes Mill Police Department for a little over a year and I am a graduate of the Jefferson College Law Enforcement Academy. Prior to becoming a police officer, I was employed for 8 years with the Missouri Department of Corrections. During my time in DOC, I was a Field Training Officer, Sergeant, and Lieutenant. I was also a member and Assistant Field Commander of the Corrections Emergency Response Team. I live in Barnhart with my wife Shauna, my two dogs, a cat, and three geckos. I will serve as our department's Special Olympics co-liaison. I am very devoted to Special Olympics, as it's something dear to me. I look forward to serving this department and community for many years to come.

Fun fact: I passed the test and qualified for Jeopardy on two separate occasions. 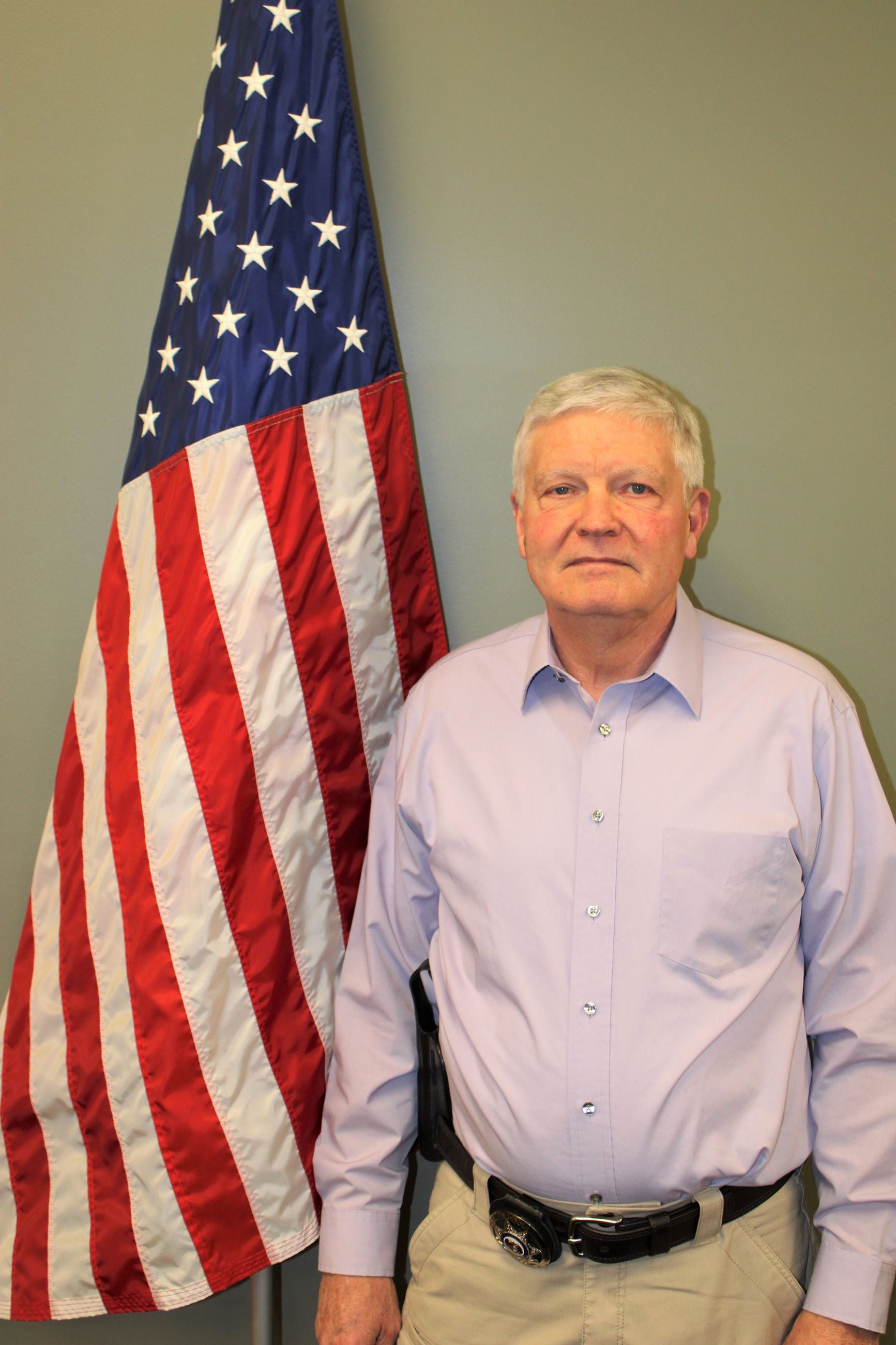 I was a member of the St. Louis Police Department for 36 years. During that time, I was assigned to the Third District Patrol Division, the Third District Detective Division, The Intelligence Division, The US Attorney’s Office, and on the Mayor’s protection detail. After being promoted to Sergeant, I served as a supervisor in the Eight, and First District Patrol Divisions, and as an Investigator in the Internal Affairs Division. I retired in 2009.  After that, I took a job as an Investigator for the St. Louis City Prosecutor’s Office for 9 years.  These past 3 years, I have been a Detective for the Byrnes Mill Police Department.

Fun Fact: I am a volunteer courier for the National Marrow Donor Program, I transport bone marrow from donors to cancer patients around the country. 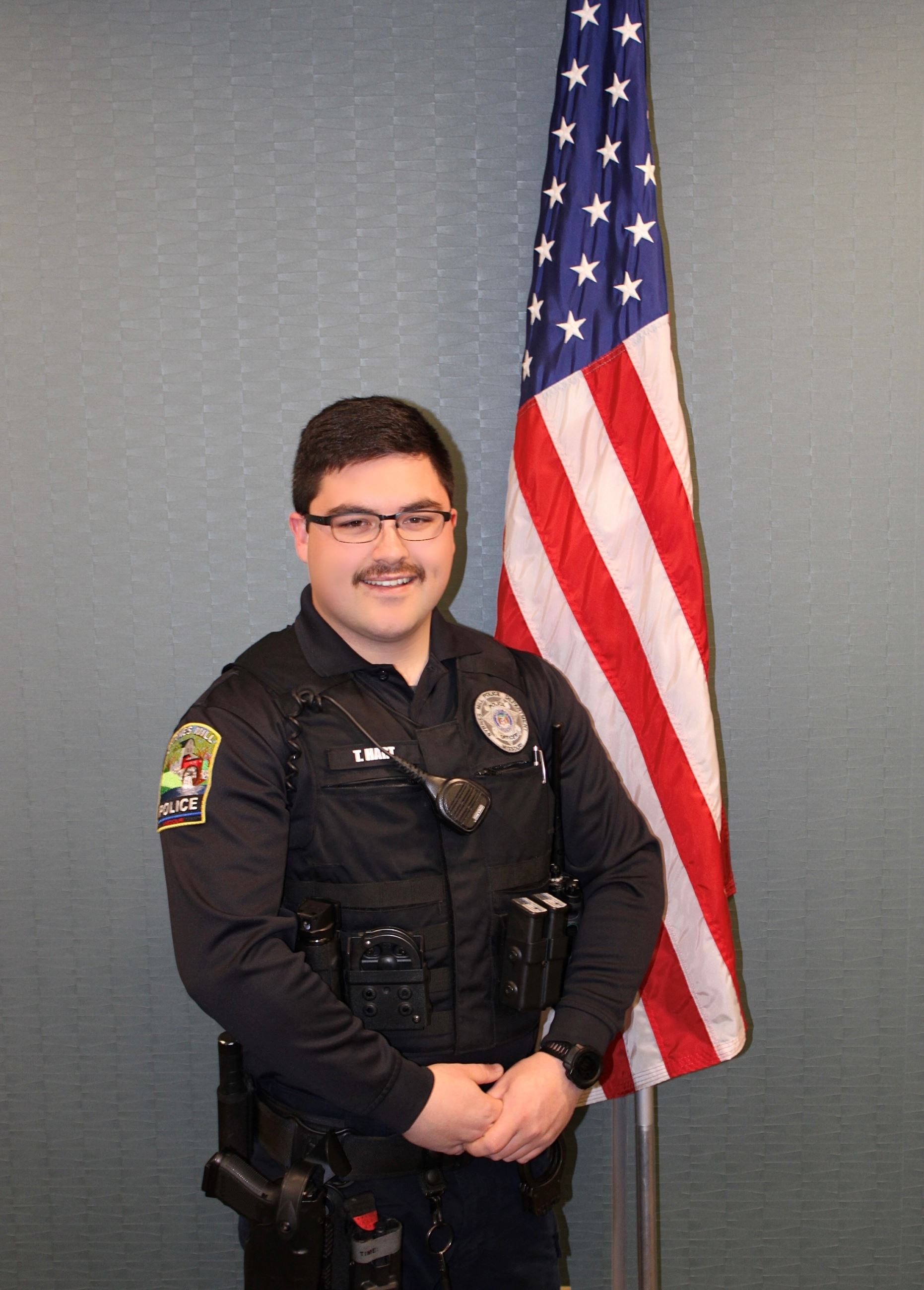 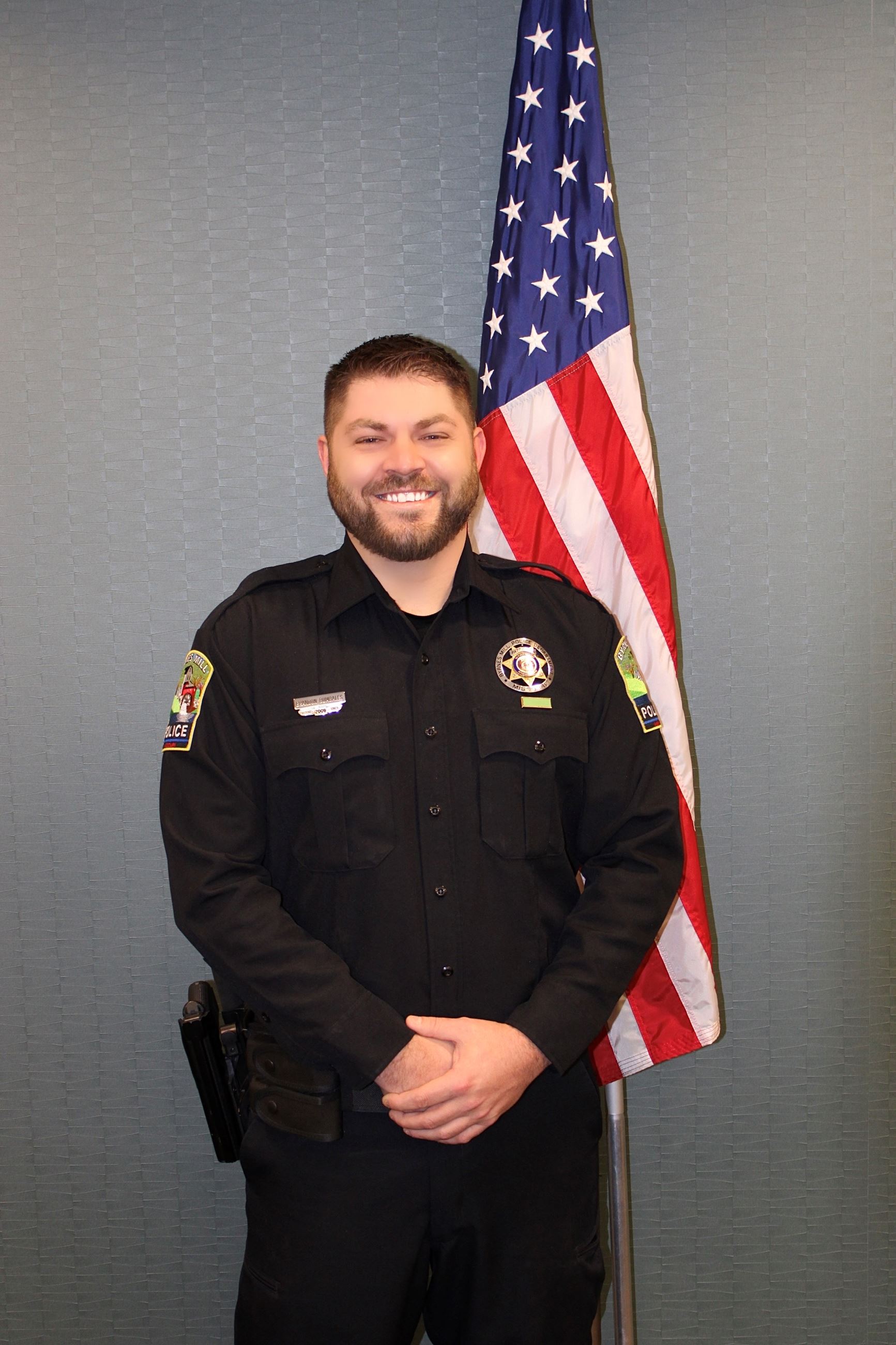 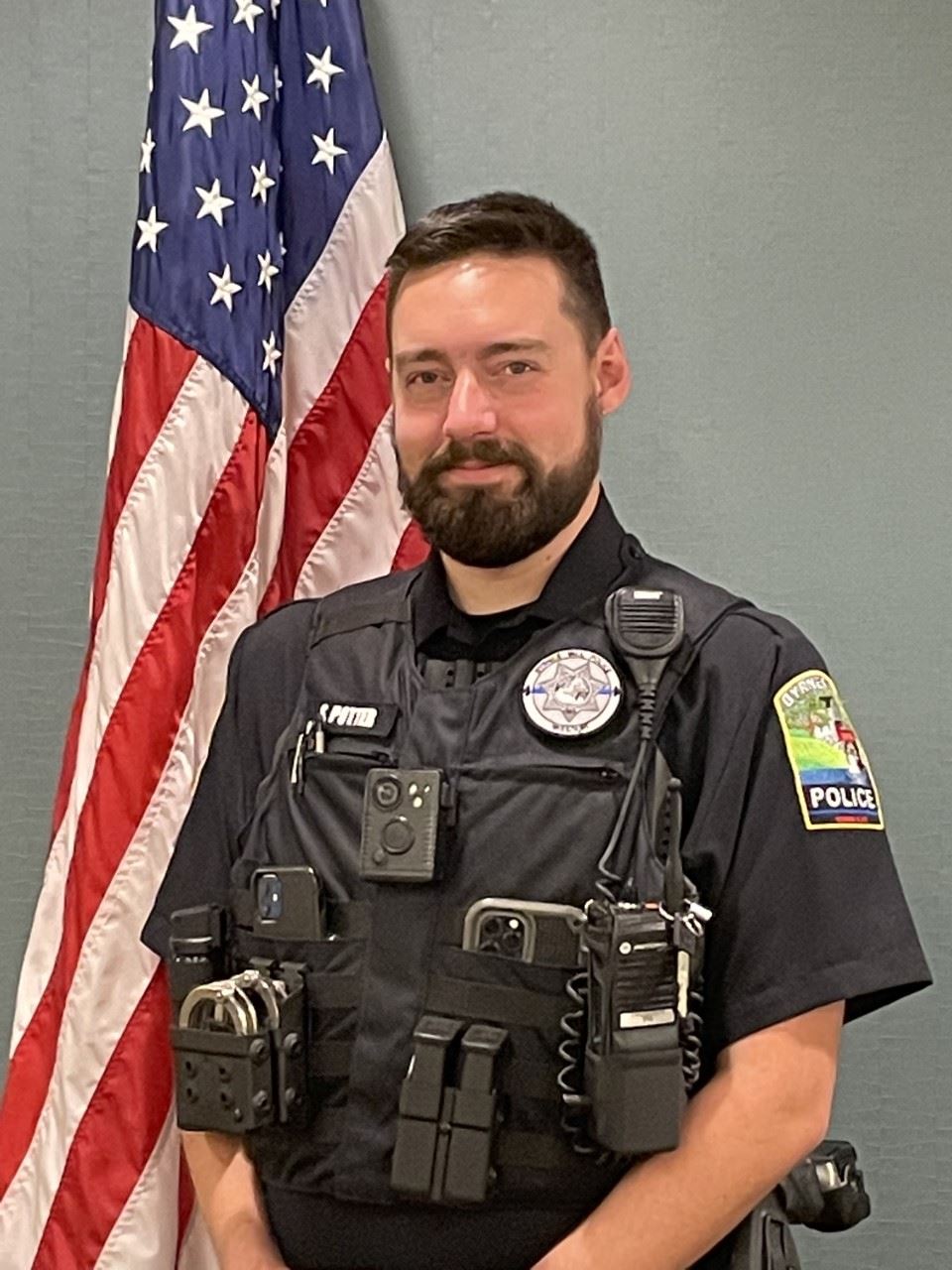 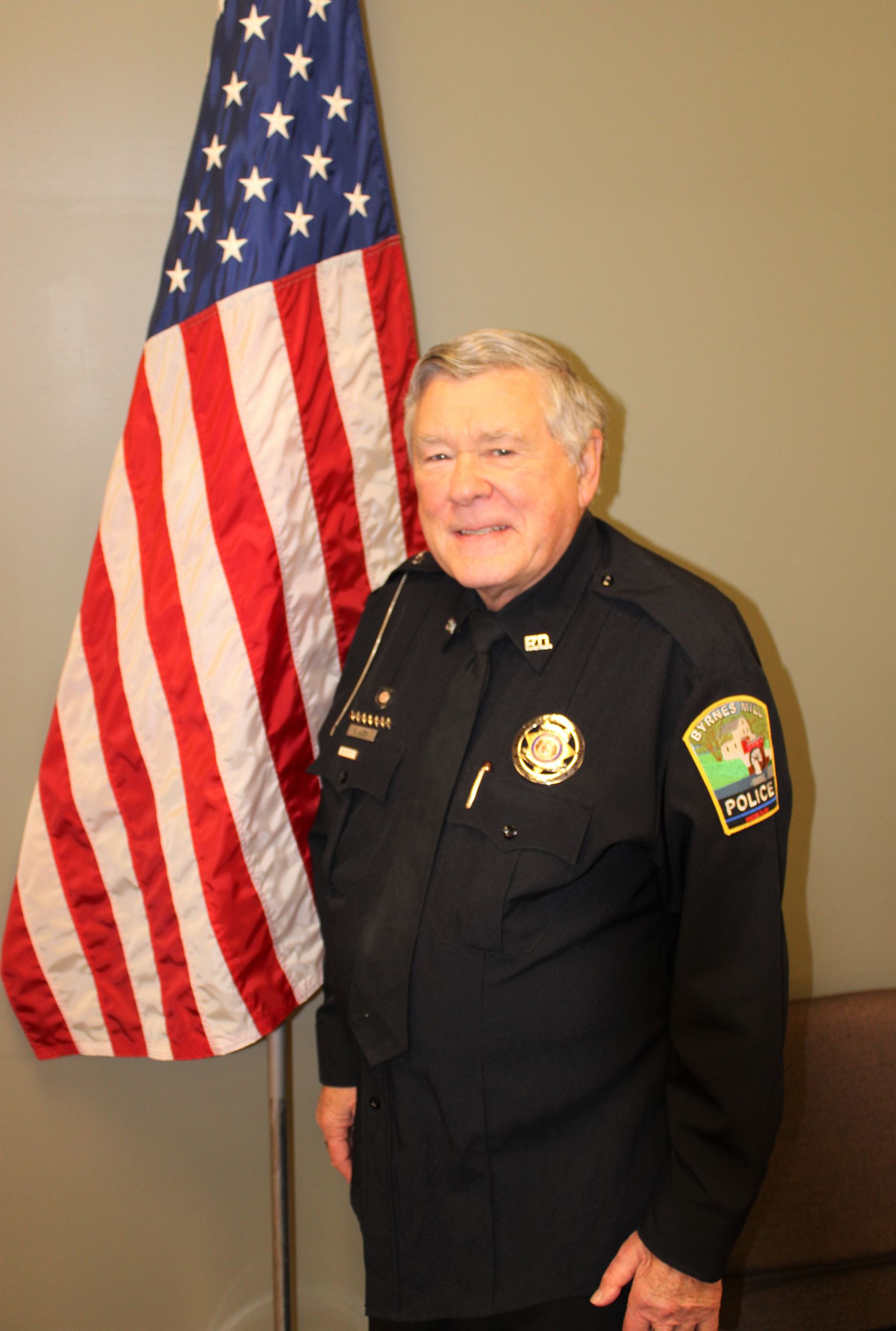 I have been married for 57 years, father of 2, Grandfather of 5, and great grandfather of 1! I am a U.S. Navy Veteran Electronics Technician and worked for IBM as a Field Engineer. In 1982, I joined the Jefferson County Sheriffs Department as a Reserve Officer. When I graduated from the Jefferson College Law Enforcement Academy, I was appointed Commander of the 50-person Sheriff’s Reserve. In 1988, I ran for political office and was elected to the Missouri House of Representatives, and later elected to the Missouri Senate, serving a total of 12 years in the Missouri Legislature. I have been with the Byrnes Mill Police Department since 1992 and a Bailiff of the Court. I have served a total of 39 years in Law Enforcement.

Fun Fact: I am the longest-serving member of the Byrnes Mill Police Department with 29 years in the city! 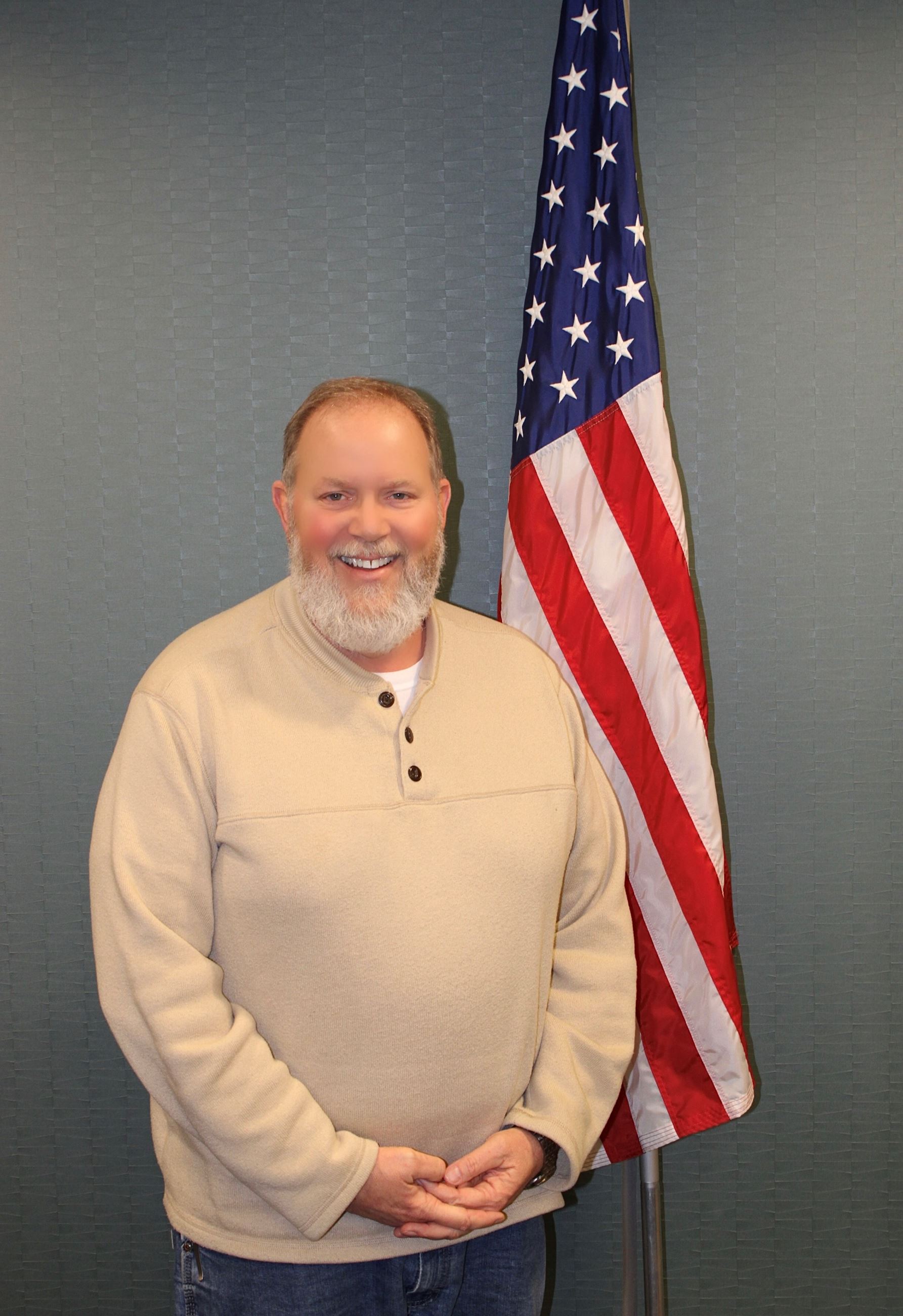 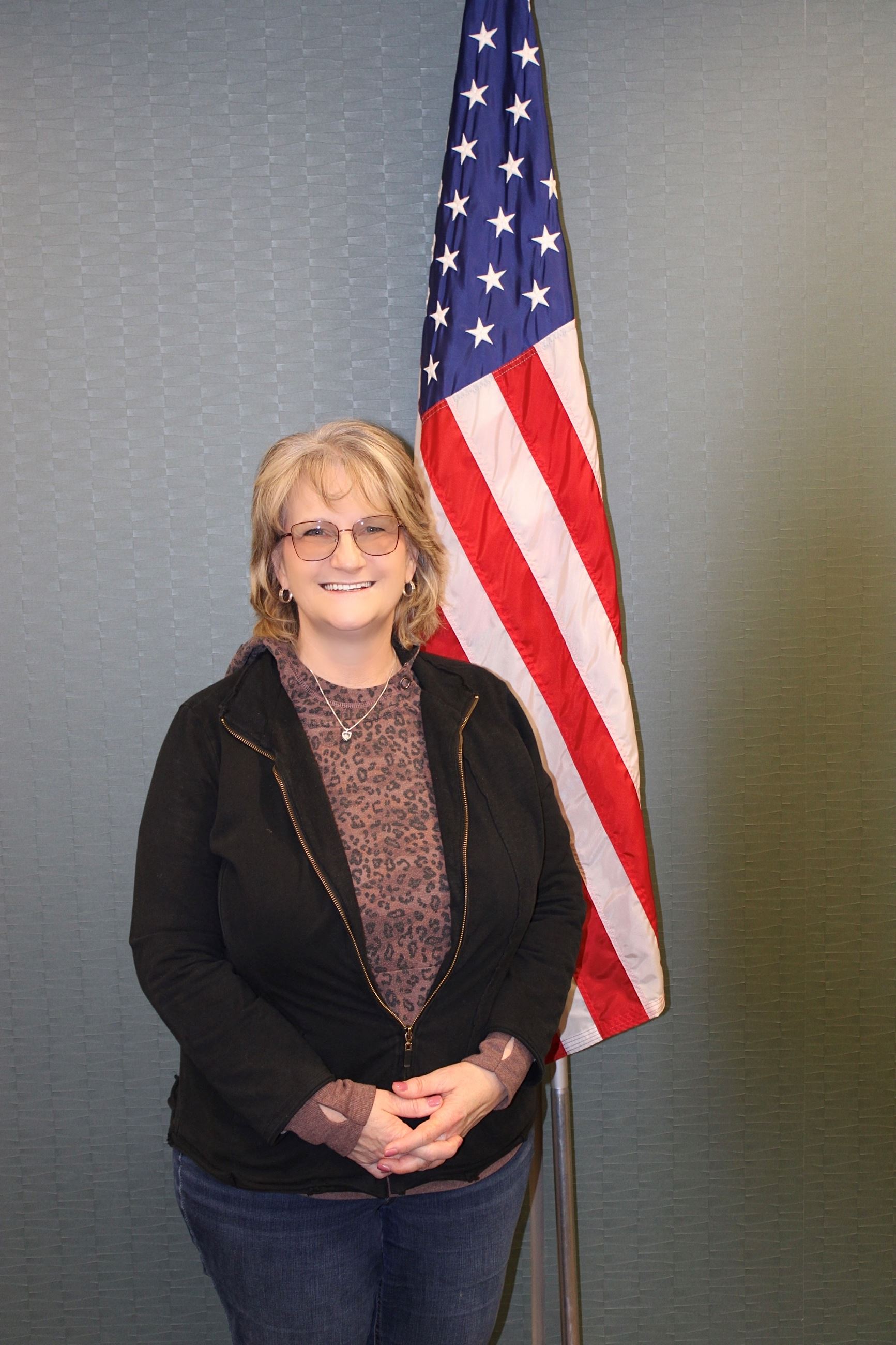 I have worked for Byrnes Mill for seven years. I started as a Court Clerk and was in that position for two and a half years. In 2017, I started the position as a Prosecuting Attorney Assistant while performing duties for the city. Recently, I became the Byrnes Mill Police Department Administrative Assistant. I am very proud to be part of this Police Department!

Fun Fact:  At the age of 5, I performed in a dance recital on the Admiral when it was still operating on the Mississippi.